It's time to sell the very project which prompted the launch of this very blog (though I have proven to be one of the world's most infrequent bloggers). 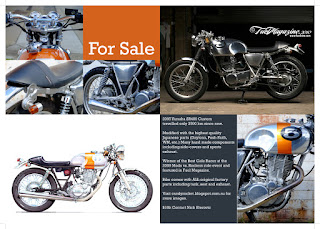 For those who are interested these are the parts that have been changed on the bike;

and, again a reminder of what I started with; 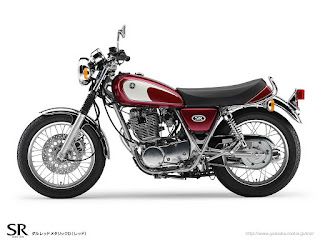 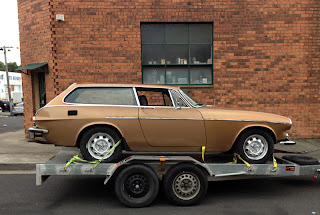 Labels: The Build, The Starting Point, The Volvo 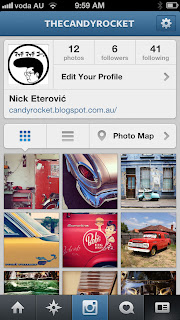 Let's see just how much posting momentum I keep on Instagram.... @thecandyrocket
Posted by Sled at 12:17 pm No comments: 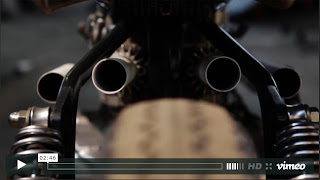 Fuel Tank TV (Fuel Magazine) and Bandit Films have been working together making great short movies, one of which has featured me.

Click here to view the movie
Posted by Sled at 9:52 pm 8 comments:

The build diary in pictures: 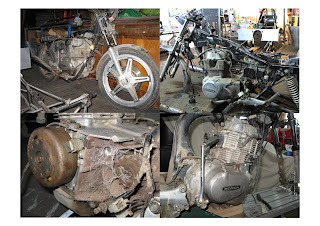 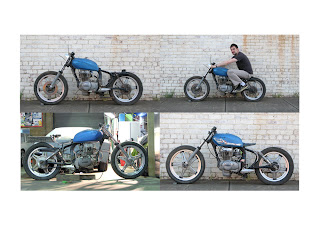 Evaluation of stance: After striping the bike down I experimented with dropping the rear of the bike which gave a natural rotation to the motor and rake to the forks - but not enough! I then cut into the frame to further rake the forks and better centre the mass of the motor between the wheels. Tank Modifications: the original flip-up tank cover was missing, I detail which I didn't much like anyway. The bayonet opening was cut out and moved to the new infill panel. 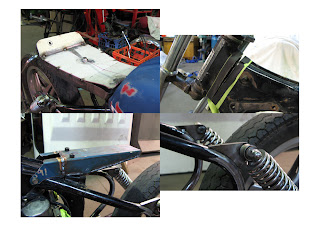 Details of some of the fabrication and modification: 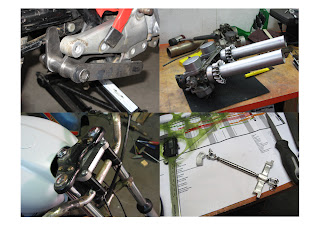 Detail of some of the smaller components made: while the gear change and rear brake linkages look simple they took a long time to make, the brake in particular had to be set so that it didn't crash into the swingarm. The turnbuckle on the bottom right is the brace for the carburettors. 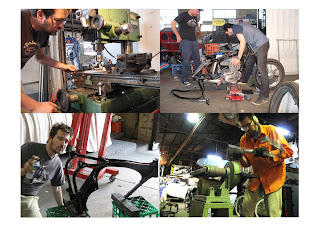 Labels: Other Projects, The Build 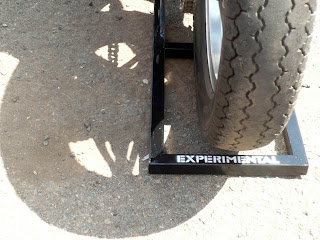 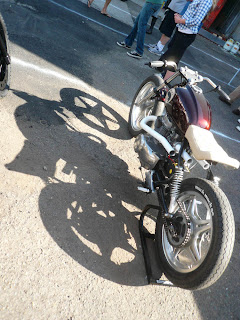 People have been feverishly posting comments about Much Much Go on various sites, many of whom have missed the point. These two pictures are for them...
photos by craig
Posted by Sled at 10:54 am No comments:

I use this blog as a build dairy for my workshop projects. Whether car, motorcycle or bicycle related I post it here!